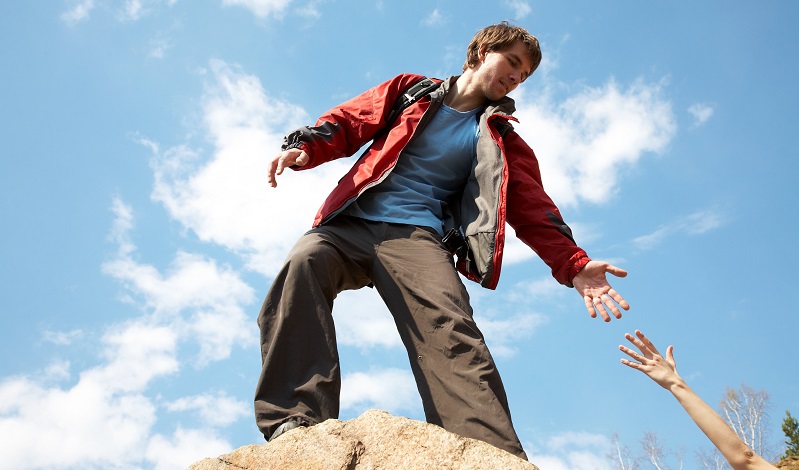 In 2009, the World Health Organization advocated for a “medication first” approach to the treatment of opioid use disorder. Ten years later, in the midst of an unprecedented number of opioid-related deaths, the idea is still marginal in America.

In its 2009 report, Guidelines for the psychosocially assisted pharmacological treatment of opioid dependence, the WHO recommends that “Psychosocial support should be offered routinely in association with pharmacological treatment for opioid dependence,” but follows with: “While patients should be offered psychosocial support, they should not be denied agonist maintenance treatment should they refuse such support.”

This is not the reality in most treatment settings in America. Rather, patients are offered medications only on the condition that they attend required counseling sessions and in some cases, participate in community support groups.

Medication to ‘Control’ the Opioid Epidemic

Since opioid-related deaths began their disturbing climb, IRETA has taken the position that discussions about expanding access to opioid agonist medications should not neglect important service delivery issues. For example, rather than simply demand more methadone programs, we should consider the quality of care available at most methadone programs and take steps to improve it.

On March 20, Ned Presnall, LCSW led a discussion of another key service delivery issue: under what circumstances are patients currently “allowed” to access buprenorphine or methadone, and can we lower that threshold to save lives?

An initiative in Missouri called Medication First suggests that the answer is yes. If we rethink the restrictions around buprenorphine treatment and prioritize patient safety above all else, we can dramatically reduce opioid-related deaths.

Presnall compared our current opioid epidemic to the HIV/AIDS epidemic that began in the 1980s and became increasingly “well-controlled” beginning the 1990s with the introduction of highly effective antiretroviral therapy. “Well-controlled” in this case means that survival rates increased significantly with the diffusion of effective medication. Although the number of people living with HIV and AIDS continued to grow throughout the 90s and 2000s, the number of people dying from the disease dropped off.

This could be the future of the opioid epidemic, Presnall predicted, if we change the way we deliver care.

There is compelling scientific evidence that methadone and buprenorphine greatly reduce mortality risk for people with opioid use disorders.

A 2017 systematic review that included over 120,000 people from around the world compared all-cause mortality for patients with opioid use disorder who were both in and out of buprenorphine and methadone treatment. With both medications, when patients were receiving treatment, their death rate was less than 1/3 the death rate of patients who were not receiving treatment. Many of these deaths were caused by overdose.

More locally, data from Massachusetts shows that methadone and buprenorphine reduce relapse rates among patients with opioid use disorder. Between 2004 and 2010, patients treated with either methadone or buprenorphine showed approximately 50% lower risk of relapse than patients who received behavioral treatment without either medication.

The Limits of Psychosocial Treatment

While evidence has piled up showing that methadone and buprenorphine retain patients in treatment, reduce illicit opioid use, and most importantly, save people’s lives, there is a lack of evidence that psychosocial treatment alone can produce any of those results for people with opioid addiction.

“At the beginning of a class I teach on addiction,” Presnall said, “I start by telling the students, ‘If you can find me one well-controlled trial in which you can show that patient mortality risk decreased with opioid use disorder through a psychosocial intervention alone, you don’t have to do any of the work for the class.’”

He continued, “We simply have no science that shows a psychosocial intervention reduces mortality risk for people with opioid use disorder.”

The rigorous Cochrane Review drew the same conclusions when it considered the outcomes of treatment retention and continued opioid use and reviewed 34 randomized trials that included over 3,700 patients with opioid use disorder.

The review concluded, “For the considered outcomes, it seems that adding any psychosocial support to standard maintenance treatments do not add additional benefits.”

Presnall did not disparage the role of psychosocial treatment for people with opioid use disorder, adding that patients should always be continuously offered psychosocial treatment in addition to effective medications. However, in line with the WHO’s recommendations more than 10 years ago, he emphasized that a refusal to participate in counseling services should never result in the withdrawal of life-saving medication.

A recent survey found that only 1/3 of specialty addiction treatment providers offer patients with opioid addiction even one of the three FDA-approved medications for the disorder.

“It’s still more likely than not that a person will show up at a treatment center and not receive pharmacotherapy for an opioid use disorder,” said Presnall.

But access isn’t the only issue. For many, treatment with effective medications is “insecure,” which means that patients know their medications could be withdrawn if they use drugs illicitly, fail to participate in required counseling sessions, or simply because the treatment center applies arbitrary time limits to medication usage.

In all cases, said Presnall, withdrawing a life-saving medication regimen is not in the patient’s best interest. “In no other field of medicine would we recommend coming off a medication that lowers mortality risk by 50-70 percent,” he said.

The passage of the 21st Century Cures Act in late 2016 has made millions of dollars available to states, which are known as State Target Opioid Response (STR) funds.

Missouri chose to direct STR funds into a Medication First initiative, which was modeled on Housing First principles.

Housing First is a theory developed in the 1980s that suggested the unconditional provision of secure housing to people experiencing homelessness can serve as a platform from which they can pursue personal goals and improve their quality of life.

Medication First is based on similar principles: that the availability of opioid agonist medication without requirement or restriction can be a starting point from which people with opioid use disorder can lead self-determined lives, often achieving health and personal goals along the way.

Presnall pointed out that a patient on an opioid agonist medication has something incredibly valuable: time.

He gave an example of a patient diagnosed with Type 2 diabetes who was asked by an endocrinologist to take medication daily, in addition to making a number of lifestyle choices.

If the patient returns in a month and has taken the medication daily but has made none of the lifestyle changes, said Presnall, the endocrinologist wouldn’t dream of withdrawing the meds. Quite the contrary.

“Every endocrinologist would say, ‘We have a patient who’s medication compliant; we’ll work on those other things over time. Because we have time.’”

The same, said Presnall, goes for patients with opioid use disorders. Complex behavioral health issues, housing issues, criminal justice issues, and more can all be addressed over time if the patient and provider understand that the availability of medication is secure.

Unsurprisingly, issues of polysubstance use and diversion come up regularly for the providers in the Medication First initiative.

Although benzodiazepine use is a real concern for patients receiving opioid agonist medications, for the most part in the Missouri initiative, it is not cause for the withdrawal of medications. This is in line with a 2017 FDA memo advising that neither methadone nor buprenorphine should be withdrawn from patients who are taking central nervous system depressants, prescribed or otherwise. The memo concluded that the risks of withdrawing agonist medications are higher than the risks of continuing them, although providers should educate patients about the serious risks of combined use.

Finally, although diversion of buprenorphine does occur as part of the Medication First initiative, it is of small concern to providers.

“Diversion is not a major health concern from a public health standpoint,” said Presnall, pointing out that overdose from buprenorphine is extremely rare. “If a person is taking buprenorphine on the street, generally they are trying not to use heroin that day,” which has public health benefits, he said.

As a social worker, Presnall professed respect for the value of psychosocial treatment and community supports, including the transformative power of 12-step groups.

Medication First, he said, is not designed to be “medication only,” although in some cases, it can turn out that way.

“We’re not advocating a medication-only treatment approach, but if a patient chooses that, we’re letting that be their self-determined prerogative,” he said.

However, “they are continuously invited to other services on a voluntary basis.”