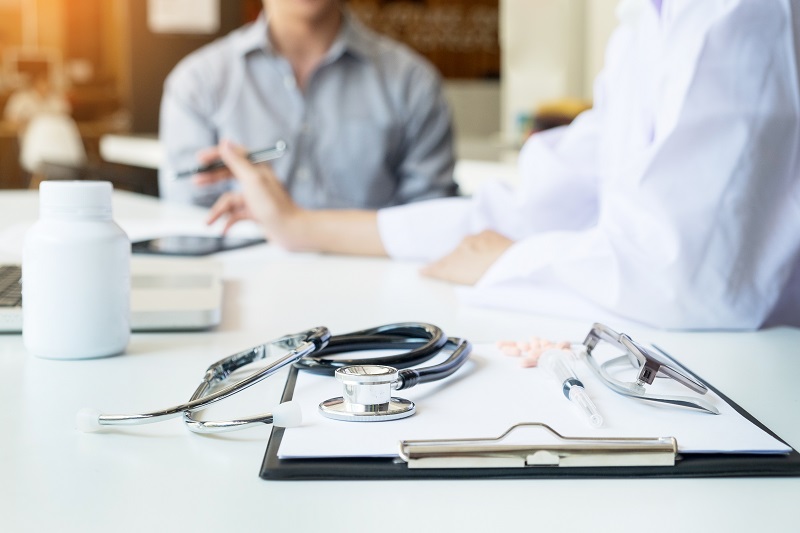 There’s a lot we don’t know yet about gabapentin. Reports of gabapentin misuse have only emerged in meaningful numbers in the last decade. This we do know: people are taking gabapentin in ways that a doctor did not prescribe. Gabapentin misuse seems to have a disproportionate impact on people with opioid use disorders, and concomitant use of gabapentin with opioids appears to heighten overdose risk.

It’s clear that gabapentin use is gathering steam at a hearty rate, and it would be foolish to ignore that. More laboratory and field research alike are needed before we can understand gabapentin’s emerging role in the landscape of American substance use. Here’s some of what we know about gabapentin use, misuse, and the risks associated with them.

The analgesic gabapentin is comparatively new. Commonly prescribed under the brand names Neurontin, Gralise, and Horizant, it hit the pharmaceutical market in 1993. Officially a first-line treatment for neuropathic pain and seizure disorders, doctors may prescribe it off-label for other reasons including migraines, anxiety, or to enhance the effectiveness of an opioid pain reliever.

Unlike many of the other prescription drugs that we discuss in the addiction field, federal law has not designated gabapentin a controlled substance. A few states, such as Kentucky and Tennessee, have made that decision independently. For contrast, oxycodone has been a scheduled substance since the enactment of the Controlled Substances Act in 1970. Gabapentin circumvented this designation by appearing to have “no potential” for misuse during its initial trials.

Gabapentin is Misused. Why and Under What Circumstances?

In a recent webinar, Jennifer Havens, PhD, and Mance Buttram, PhD, shared preliminary data on gabapentin’s emergence. The full webinar is online and well worth watching. Their interest stemmed from gabapentin’s emerging prevalence in reports from both people with substance use disorders and law enforcement.

In terms of the reasons for gabapentin misuse, the researchers identified variation in the subjective effects of gabapentin. Some folks described a stimulant experience, “like a shot of cocaine” but more affordable. Contradictorily, others reported a pleasant sedative effect.

In addition, both researchers saw gabapentin use in conjunction with opioid withdrawal. Some study participants took gabapentin to stave off withdrawal symptoms while seeking a preferred opioid. For others, gabapentin was a tool for unsupervised detoxification.

Finally, some interviewees combined gabapentin with an opioid to strengthen the opioid’s effect, a combination that doctors sometimes prescribe for pain relief.

At least in the populations studied by these researchers, we seem to be seeing a substance able to chameleon into an assortment of roles. A cheaper alternative to opioids or stimulants. A prescription that doctors aren’t watching as closely. A complementary addition to opioid use. A stopgap measure while other substances are unavailable. A home detoxification option.

Use and Misuse Are Rising Fast

While research on the diversion and misuse of gabapentin exists, the number of published studies is small. However, there is evidence that both use and misuse are rising fast, particularly among people with opioid use disorders.

In an ongoing study of 503 Appalachian opioid users, Havens found that none had recently used gabapentin in 2008. Eight years later, in 2016, 48% of the cohort had used gabapentin recently. The majority of participants who were asked about the source of their gabapentin reported starting with a doctor’s prescription, and many indicated they were able to continue to obtain gabapentin in the same manner. Furthermore, the average person reported using gabapentin on 25 of the last 30 days.

Misuse rates are no doubt rising in part because of greater availability. With prescribers increasingly warned to avoid handing out too many opioids, gabapentin offers an alternative. (Plus, gabapentin is more effective than opioids for neuropathic pain.) Between 2008 and 2015, prescriptions for gabapentin more than doubled. Starting at a reported diversion rate of zero in 2002, in 2015 that rate rose to .027 cases per 100,000 prescriptions. For context, OxyContin diversion rates were .021 per 100,000 in the same year.

When misused, gabapentin is often used at very high doses. However, overdose fatalities from even very high doses of gabapentin are extremely rare. The concern is that gabapentin combined with other drugs, particularly opioids, can increase the user’s risk of overdose. In Havens’ and Buttram’s research, gabapentin appeared in overdoses cases but never as a solitary agent.

This is borne out in other studies. For example, an analysis of adverse drug incidents in Europe between 2004 and 2015 showed that the majority of gabapentin-related overdose deaths involved opioids. Another study demonstrated that patients being treated for pain who were co-prescribed both gabapentin and opioids had a 49% increased risk of overdose over patients who were not receiving concurrent gabapentin and opioids.

Prescribing medications with addictive potential can feel like the world’s most frustrating game of whack-a-mole. When one drug’s popularity wanes, another appears to fill the void. But as the opioid epidemic has shown, reducing availability is only one piece of a public health puzzle.

Doctors do not need to stop prescribing gabapentin, but they should be aware of its misuse potential. That means honest conversations with patients receiving gabapentin prescriptions, screening patients for substance use disorders, and assisting them if they need addiction treatment services. Furthermore, prescribers should be clear about the risks of overdose when gabapentin is combined with central nervous system depressants like opioids.

We know that concurrent opioid and gabapentin use is common, regardless of whether a patient is receiving opioid therapy for pain, misusing opioid medications, or using illicit opioids like heroin. Paying attention to higher-risk patients and engaging in conversations about substance use and overdose can reduce the potential harm associated with gabapentin use and misuse.