Pennsylvania is one of the 10 states with the highest opioid use and opioid overdose rates. For this vulnerable group, evidence shows that a treatment plan including methadone can improve patient health and chances of recovery.

SAMHSA advocates for a whole-patient approach to medication-assisted treatment that includes counseling. In Pennsylvania, Opioid Treatment Programs (OTPs) are only required to provide minimal counseling, 2.5 hours per month.

IRETA’s client, Foundations Medical Services (FMS), provided the required monthly hours of therapy, but worried that many clients suffered from insufficient support. Under this model, therapy groups lacked clear goals and had no consistency of membership.

Together, the staff of FMS and IRETA used client records to determine target areas for improvement. IRETA visited the FMS clinic regularly to meet with staff and observe each individual as they worked with clients.

The pilot site implementation questions were:

For further detail about this project, read our blog post about the process and view a webinar (recorded in January 2019) on the results of the pilot.

Results indicate that weekly therapy groups can be established in an OTP, clients are willing to attend, and clients do see the groups as helpful.

In other words, while conventional wisdom says that clients who receive methadone will not reliably attend therapy, both the attendance numbers and self-reports of continuing interest indicated investment in this aspect of treatment.

Furthermore, the pilot also indicated that staff were willing and able to facilitate weekly groups using CBT principles, and that key staff were committed to continuing groups after the pilot project was over.

Finally, preliminary data indicated that among clients who initially reported that they struggled with cravings, group participation over time reduced the level of self-reported craving.

Foundations Medical Services continues to run recovery-oriented therapy groups for its clients and has trained multiple counselors to facilitate the new psychosocial services.

IRETA is currently implementing recovery-oriented Level 1 outpatient services in two OTPs based on the model developed at FMS. Three additional OTPs are in line to join the quality improvement project.

Separate Medication from Level of Care 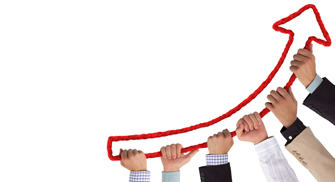